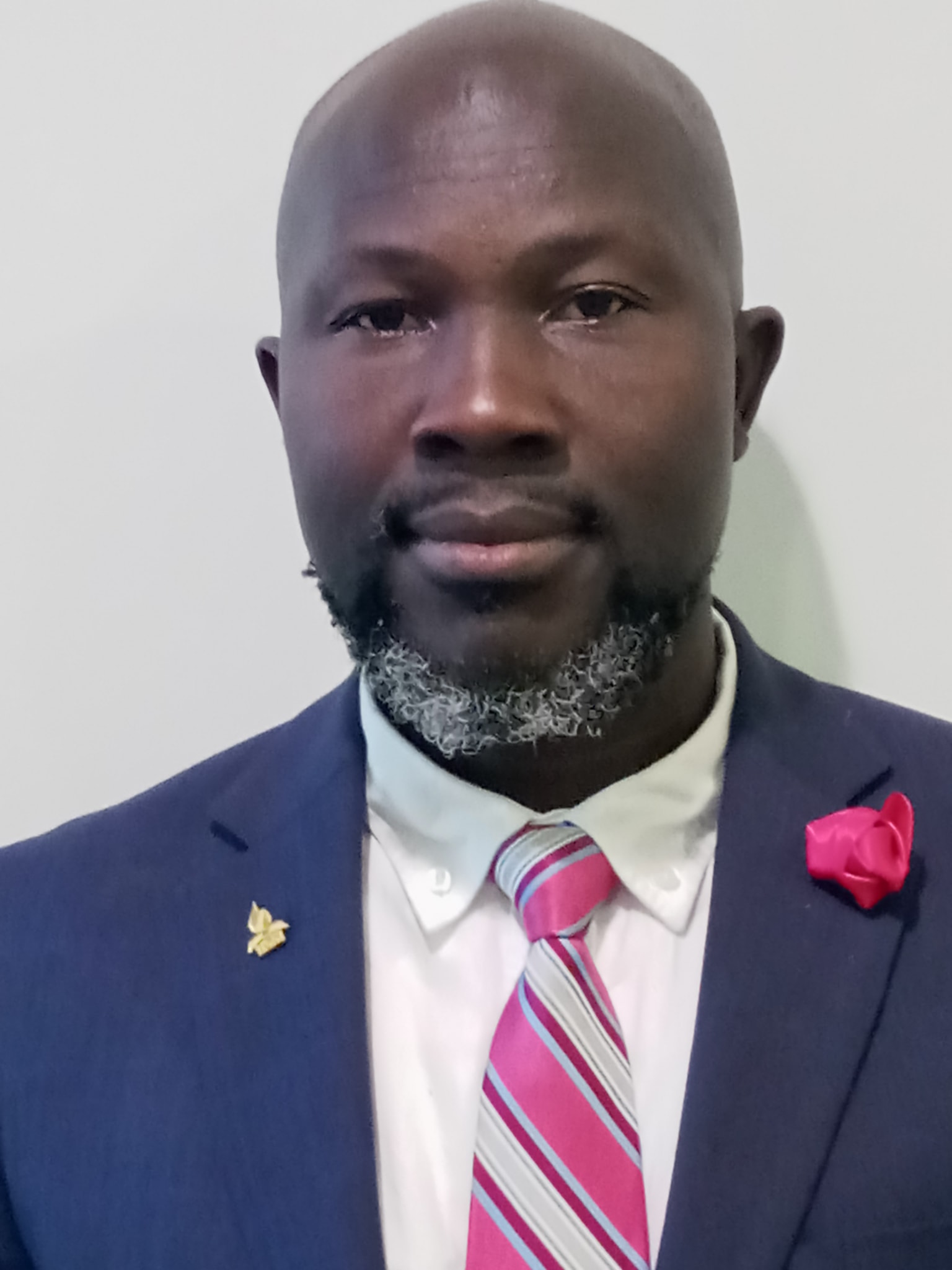 First of all, Pastor Walace Saint Louis is a servant of God and humanity, and a prince of the most High King. Pastor Saint Louis is a Haitian African American, who was born in Haiti to Mr. Edner and Mrs. Phasinie Saint Louis. Pastor Saint Louis has two brothers and five sisters. He was called by God before birth but began to discover his calling to the Gospel Ministry when he was 4 years old. Since he was 4 years old, people in his
community perceived him as a pastor and began calling him “Pastor Walace.” He accepted Jesus Christ as his Lord and Savior and got baptized at the age of 10. Since then, he has been serving the Seventh-Day Adventist Church in various leadership capacities and communities. Pastor Saint Louis is fluent in English, French, Creole and able to read and translate Greek and Hebrews as well.
Further, Pastor Saint Louis received his primary and secondary education in Haiti. In 2003, he pursued a higher education at Oakwood College/University in Huntsville, Alabama. While attending, he assisted in various leadership capacities outside of his course schedule, including the President of the Religion and Theology Forum, Greek and Hebrew Tutor, and Staff Writer of Spreading Oak Newspaper. He also authored the
book, Oakwood University: A Journey with God, which was published in 2008 by Oakwood University Academic Affairs. In 2005-2007, Pastor Saint Louis was a Nominee of an All-American Scholar Award, Who’s Who Among Students in Colleges and Universities in America, and a member of Alpha Chi Alabama Zeta Chapter. On May 12, 2007, he earned a B.A. in Theology and a Minor in Biblical Languages and graduated Cum Lade. Additionally, he obtained an M.A. in Pastoral Studies in December 2010 from Oakwood University.
Furthermore, Pastor Saint Louis functioned as an Intern Pastor at Oakwood College/University Church, Huntsville, AL from 2004 to 2006. From 2007-2008, he worked as Assistant Pastor to Dr. Tunde Ojewole at Tabernacle of Hope SDA Church in Indianapolis, Indiana. Moreover, Pastor Saint Louis started his professional career in August 1, 2008 when he was appointed by God and hired by the Lake Region Conference of Seventh-Day Adventists to pastor the District of Chicago Bethlehem, Chicago Sion, and Evanston Nouvelle Jerusalem French SDA Churches and served as the NAD Coordinator of the Franco-Haitian Ministries until January 2013. Besides, he has been preaching and evangelizing in diverse communities throughout the United States. As a result, more than two hundred souls have been baptized and brought to God’s Kingdom. From 2013 to 2019, Pastor Saint Louis served as the Senior Pastor of Pontiac Southside, Detroit Maranatha, Belleville Heights, and Mahanaim SDA Churches in Motor City, Michigan. Since October 1, 2019, he has been the Lead Pastor of Idlewild SDA Church, Idlewild, MI and Wood Street Church, Muskegon Heights, Michigan.
Fortunately, Pastor Saint Louis is happily and lovingly married to the former Jacqueline Jeanty, who is holding a Bachelor of Art, two Associates of Sciences, and currently pursuing a B.S. in Nursing. He and his wife have three beautiful girls, Shamael Anaya, Adael Shannah, Phatael Shai, and two sons, Elshamai Walace, and Elijah Walacefitz Saint Louis.
Finally, loving God, serving humanity, seeking and saving sinful souls for God’s Kingdom through relationships constitute Pastor Saint Louis’ greatest passion. His highest conviction is: “The Lord is my Shepherd, I shall not want” Psalm 23:1 and “Whatever the LORD pleases, He does, in heaven and in earth, in the seas and in all deeps,” Psalm 135:6